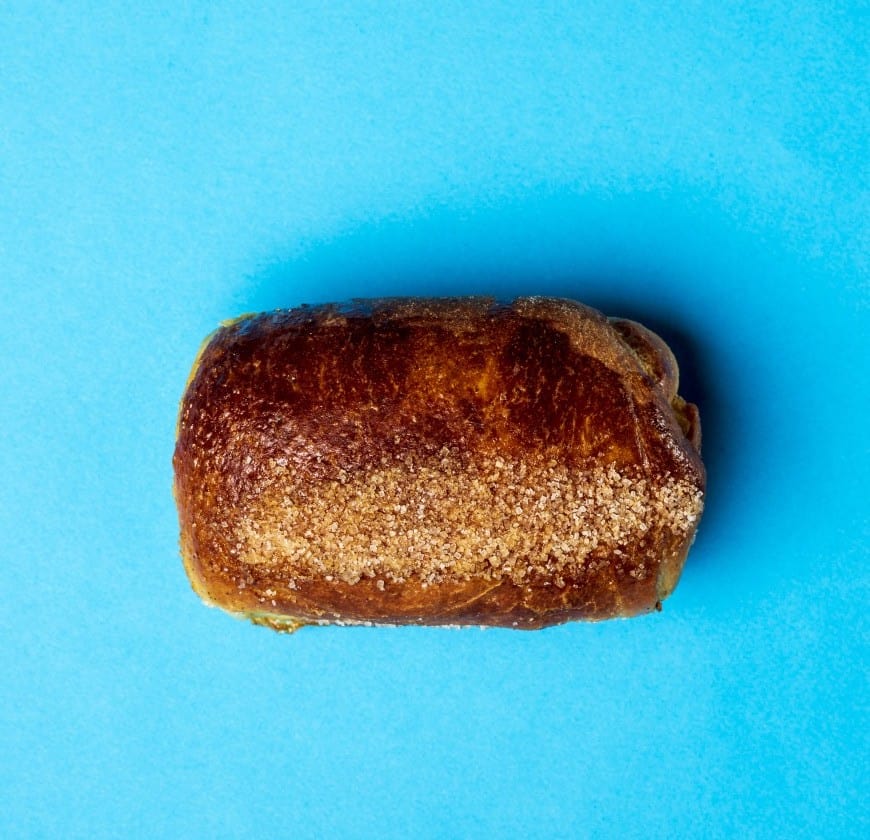 The cinnamon sugar brioche at Milo & Olive takes the traditional form of a cinnamon bun — a vertically faced spiral — and turns it sideways; biting into the mini loaf reveals the swirl inside. Director of bakery operations Kelsey Brito inherited the bun recipe from proprietor Zoe Nathan, whose larger, berry-laden spirals were the thing of legend when they debuted at Huckleberry Cafe. The sourdough brioche is spiraled with cinnamon and crowned with a large band of cinnamon-dusted turbinado sugar for a hearty crunch against the soft dough.

Reservations Order Online! In addition to ChowNow, other takeout and delivery options include Postmates, Caviar, Grub Hub, and Uber Eats.


Come work with us